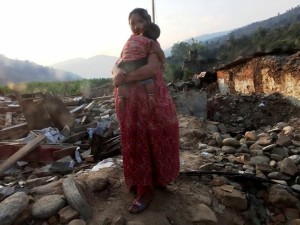 This area lost more than 3000 people while only 5-10% of people’s homes are still standing. For miles and miles on there was just rubble and destruction. People were standing on their collapsed homes with expressionless faces. We were received with open arms and hearts. What we saw and experienced will always stay in ours. People are living in such fear and uncertainty, yet they possess so much hope and trust for a better tomorrow.

Wind of Change assisted with this Emergency Aid Distribution as part of the emergency response coalition between the inter/national aid organisations and the Nepali government.